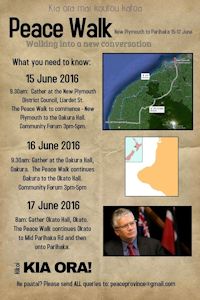 The Peace Walk was sparked by the stand taken by New Plymouth Mayor Andrew Judd over Maori representation on the New Plymouth District Council, and also the history of the treatment of Maori by local and national governments.

Mayor Judd has challenged New Zealanders to wake up to ingrained racist attitudes, and to join him in making a stand for better inclusion of New Zealand’s Treaty partner in our civic affairs.

Mayor Judd’s stand has attracted a considerable amount of criticism and abuse ... a response which led him personally to decide not to stand for office again at the next local body elections.

Instead, he decided to try and “change the conversation” by leading a symbolic walk to Parihaka - the internationally historic Taranaki village which is synonymous with a message of peace and passive resistance.

Hundreds of Walkers of all ages and cultures joined the Peace Walk over the three days, with the theme of “walking into a new conversation” about race relations, civic inclusion, and peace and safety in Taranaki and New Zealand.

Participants were encouraged to join as much of the journey as they were able, or to come to the community conversations that were held in local halls at the end of each day.

The Peace Walk became an opportunity for participants to both walk and talk together - to respond to and engage with the matters Mayor Judd has raised, and to explore ways to continue the dialogue about these important issues in our communities.

Resources on the purpose and theme of the Peace Walk

The Peace Walk poster at
https://drive.google.com/open?id=0B7p1jVWu6lEXdEZyWUFrb1ExNUk

"Does New Zealand have a problem with anti-Maori Racism?"
Andrew Judd interviewed on Radio New Zealand Checkpoint 9th May 2016 by John Campbell

"We've got to do this better, New Zealand"
TV1 Seven Sharp 10th May 2016 Andrew Judd by Mike Hosking 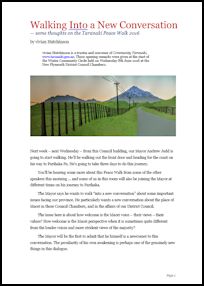 "Walking Into a New Conversation - some thoughts on the Taranaki Peace Walk 2016"
vivian Hutchinson’s opening remarks from the Winter Community Circle
at the NPDC Council Chambers, Wednesday 8th June 2016 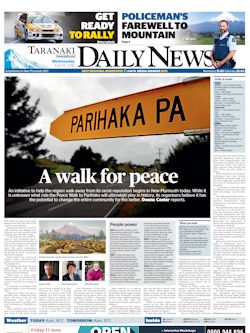 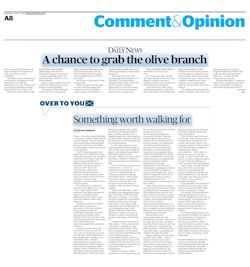 "Aotearoa New Zealand: We need to talk"
by Nick Tansley, the Morgan Foundation

"New Plymouth hikoi: We care about each other"
Radio New Zealand News 15 June 2016 by Robin Martin

Video of Peace Walk Day One
from Charlotte Curd / Stuff.co.nz 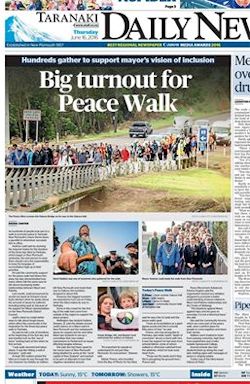 Peace Walk from Okato to Parihaka
Welcome at Parihaka 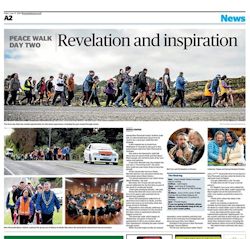 "Hīkoi hopes to influence better race relations" by Ripeka Timutimu
Maori TV 17 June 2016 Te Kāea spoke to some Parihaka locals about what this hikoi means to them.

Media Coverage of Conclusion of the Peace Walk 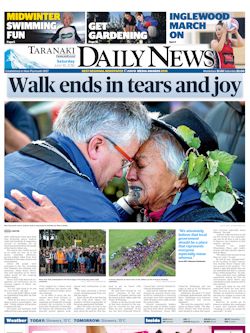 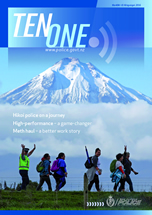 "Officers of the Peace"
July 2016 Cover Story for Ten One, the New Zealand Police's magazine.

Paper: "Watching the Seabirds at Waitara"
vivian Hutchinson's paper calls for a new conversation about a very old land grab 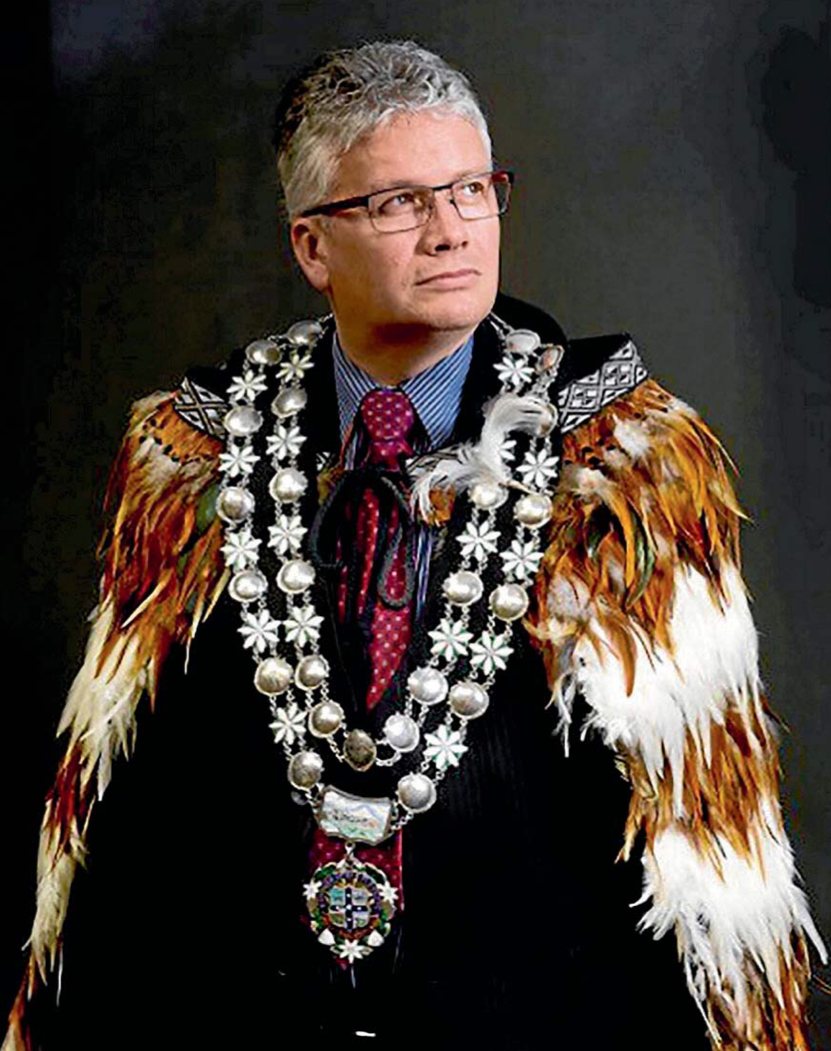 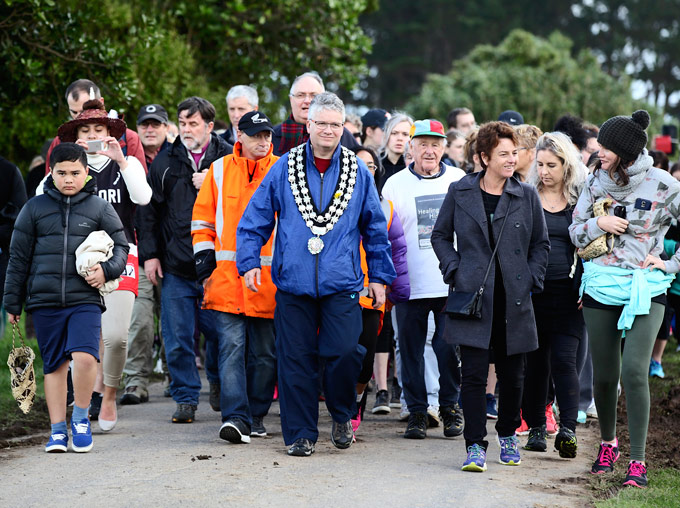 Andrew Judd's message for Waitangi Day 2017: Challenge the thoughts that have been planted in you, all the myths presented as facts – truly challenge them. Get onto a marae and look into the eyes of Maori. It wasn’t reading a book that changed me, but seeing and speaking to real people in their environment.
I’m not trying to be a Maori, because I’m not one. But we have to stop this cycle of ignorance. We haven’t confronted our past as Pakeha. I feel lied to and robbed of that knowledge, because I wasn’t told it at school. It’s not about blame, because that’s history. It’s about finding a way to move forward. But it will be a generational shift and it will take time.