Tū Tangata Whenua is not a delicate term, so it was not created lightly, nor is it intended for the faint hearted.  Aunty Marj was not a woman who used words in an unintentional manner.  She was a Wahine Tapairu, mātāmua and a chiefly woman in her own right as a descendant of Rangatira lines. Being totally conversant in Te Reo Rangatira and the “Queens English” enabled her to comfortably engage in a fully bi-cultural manner in society.

Absolutely comfortable with any culture she was exposed to, Aunty Marj was a truly international woman, and she understood implicitly the power of words.   Careful and cautious consideration would have been exercised prior to her resolution to co-opt the descriptive term Tū Tangata Whenua and its application to active citizenship.

Spending time with Aunty Marj was quite simply fascinating and always thought provoking because she took such an active interest in her whānau, hapū, and iwi affairs; she followed her local community development projects and events and also the political manoeuvrings of public servants local, national and international.  She understood what was happening in her country and the world and she expected others to make an effort to do so as well.

As Aunty Marj became older, she increasingly expressed her concern about the silent majority within New Zealand society and particularly in her own neck of the woods, New Plymouth.  She was acutely aware of the ongoing effects of colonial oppression on Māori in Taranaki and concomitantly on non-Māori.

She was adamant that the ripple effects of committing and ignoring crimes to achieve individual prosperity and privilege not only affected, but infected, the wairua of many residents.  Thus creating an un-named disquiet rendering many unable to express their discomfort about what she viewed as the disintegrating moral integrity and health of our region and Nation.

She perceived that communities were actually being pushed apart rather than being encouraged to be inclusive and consolidate their assets, strengths and potential.  Additional distraction was created by central government policies and local government interference with their short sighted, tunnel vision commercial and market driven decisions that promoted and benefited small elite sections while marginalising even further other sections of the community.

However, possibly the most unforgiveable aspect from her perspective was the apathetic opting out of participation and also what she surmised as citizens not taking seriously their responsibility to grow relationships as citizens.  Simply put, she believed that this is achieved by actively expressing one’s views and turning up to encourage, question or challenge officials and elected representatives.  Aunty Marj considered that the community silence she perceived to be a symptom of spiritual poverty which was evidenced by community reluctance to articulate their concerns and to effectively challenge arrogant, entitled and privileged behaviour; and to require accountability from elected public servants.

Kui Matarena understood as a Māori woman and as a Ngāti Mutunga woman that her people had lost more than they would ever regain.  However she was explicit in her affirmation of the words spoken by Dr Kuni Jenkins when she described “knowledge as power” at the Hui Taumata in 2005; and the obvious advantage of working directly with whānau and hapū to rebuild capacity.  Dr Jenkins said:

“A society that has ready access to a pool of talent from which to draw is a society that can and will build a strong infrastructure. With knowledgeable people they become more self-reliant at all levels of their social, economic and civil services. [….] powerful societies are not despotic regimes led by corrupt dictators who have little care over the welfare of their people – they are politically motivated societies who recognise that the wealth of their country rests in the well-being of their people”.

Aunty Marj generously gifted the expression “Tū Tangata Whenua” to help substantiate and position active and activist citizens as being relevant and making legitimate contributions to reclaiming and re-building the intellectual infrastructure of community. 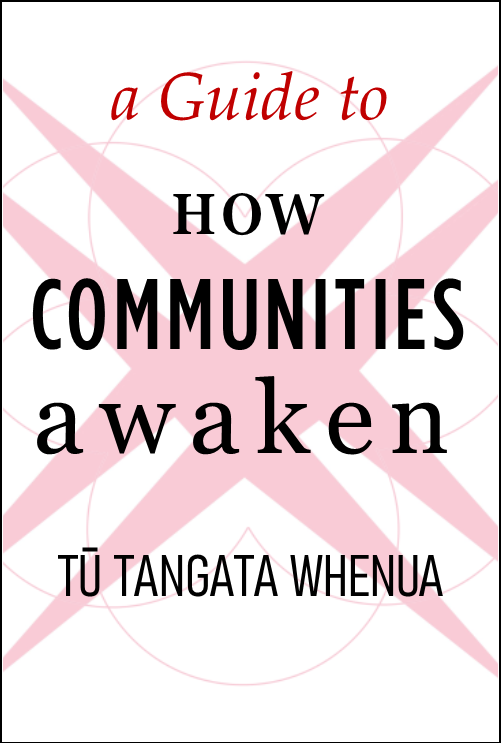