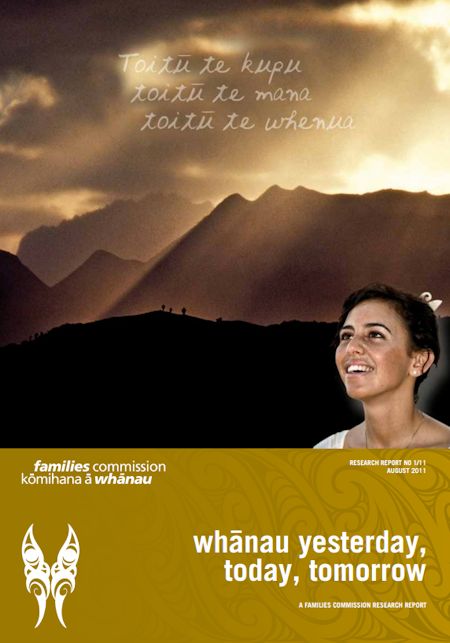 by the Families Commission

A report by the Families Commission, highlighting stories of inspirational whanau.

The report concentrates on the period often referred to as the time of the Maori renaissance, 1975 to the present. This was a period of significant cultural, social and economic development.
The report includes chapters on:

In the concluding chapter the findings of the research are analysed in the context of the changing role of the Families Commission. The question ‘what is Maori about whanau?’ is explored in the socio-political context of Aotearoa’s journey towards nationhood. An analysis of Maori development during the Maori renaissance is presented which identifies critical success factors for whanau development and whanau ora. Matemateone, a profound driver of Maori development, provides the concluding exploration of matauranga Maori in this report. This concept helps to understand the connection that whanau have with the past, their engagement in the present and the hope created amongst them about the future and planning for it.