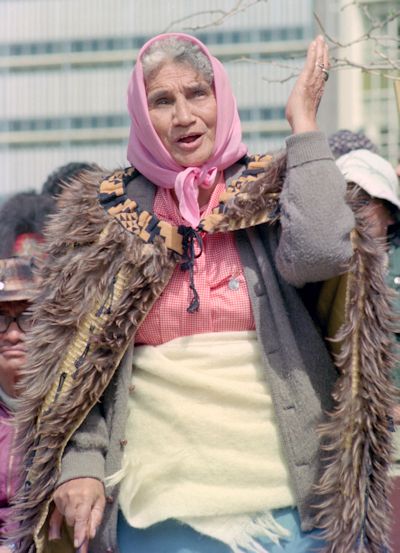 This documentary marks the 40th anniversary of the 1975 Maori Land March (14th September – 13th October 1975) which, under the leadership of Dame Whina Cooper, travelled the length of the North Island to protest the loss of Maori Land.

The 1975 Maori Land March is recognised as one of the catalysing events of the modern Maori renaissance. It brought the issue of the continuing alienation of Maori land back into the public spotlight, as well as connecting a new generation to the long history of protest and passive resistance over the confiscation of Maori land.

The 1975 March also helped build the public mandate which led to the work of the Treaty of Waitangi Tribunal and the settlements that have been achieved over these historical grievances.

Hikoi The Land March (2016) 44.34 mins
Scottie Productions
Produced for TVNZ with the support of NZ on Air
Director: John Bates 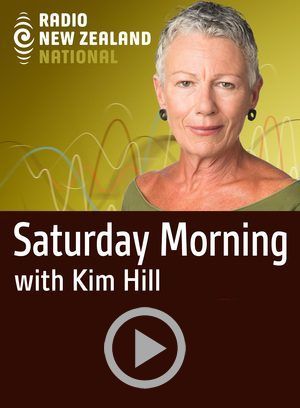 vivian Hutchinson was a member of Te Roopu o te Matakite, the organising committee for the 1975 Maori Land March led by Dame Whina Cooper. He talks to Kim Hill about how he came to meet Whina Cooper, his reflections on the Land March, and the National Library's exhibition "Not One More Acre" marking the 40th anniversary of the march.